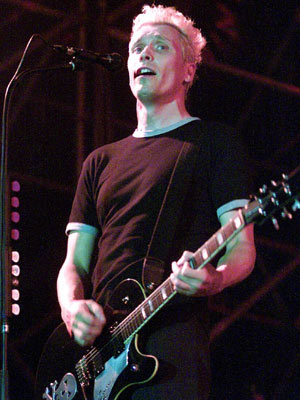 WARNING: THIS POST IS NOT TRUE (read more about this here)

This news may be shocking for many fans of Rammstein. The new era of Rammstein is coming:

After a long time of hesitating Richard Kruspe made the final decision: he doesn’t want to cooperate on the new album anymore. After he changed his style with the new Emigrate album he can not find his way back to Rammstein and want to continue his solo career.

Rammstein is currently recording the new album and they found a new guitarist for this. His name is Farin Urlaub and he is a famous singer and guitarist in Germany (used to play in a group called Die Ã„rzte – The Doctors).

Farin Urlaub and Till Lindemann will start the cooperation in late September as Farin will also provide the group with backing vocals. We can expect slight changes in the new style of Rammstein.