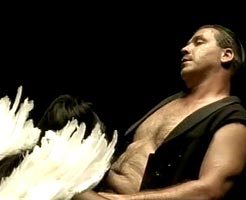 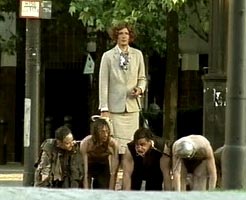 Description: Mein Teil attracted considerable controversy in Germany (the media dubbed it the “Kannibalensong”), which helped to boost it to second place in the German music charts after its release in early August 2004. Remixes of the song have been done by Arthur Baker and Pet Shop Boys.

At the beginning of the song, the phrase “žSuche gut gebauten 18-30 jährigen zum Schlachten” – Der Metzgermeister (Which translates to “Looking for a well built 18 to 30 year old to be slaughtered – The Master Butcher”) is spoken. This is a quote taken from Armin Meiwes. This quote is only heard on the single version of the song.

Rammstein was nominated for “Mein Teil” in the category of “Best Metal Performance” in the 48th Annual Grammy Awards, which was held on February 8 in Los Angeles.