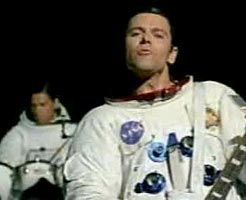 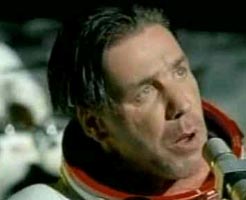 Description: The video shows the band in Apollo-era space suits on the Moon with shots of other cultures acting like Americans. The end of the video shows that the band have actually been in a fake Moon set in a studio, complete with film crew, as a reference to Apollo moon landing hoax accusations. Till Lindemann, Rammstein’s lead singer, wears a space suit with the name “Armstrong” on it – an obvious reference to Neil Armstrong, the first man on the Moon.